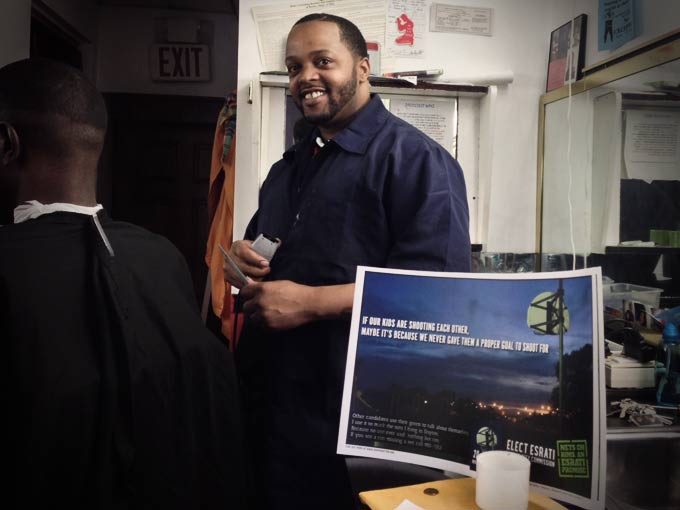 When I walked into Da Coldest barber shop  on West Third and told them that I was hanging basketball nets on courts in Dayton, Shaun Edwards and customers pitched in to sponsor 4 nets. When I walked in with my green net, one of the guys asked right away- “you’re the guy who’s been putting nets up? Thank you.”
As of today, I’ve put 83  up.
One thing to note- it’s not the big man who hangs on the net at Wogaman school and breaks my zip ties- the big man is the guy who keeps putting the nets up so the little guys can play.
Da Coldest, 1249 W. 3rd St Dayton Oh 45402, phone number is 937-529-1166
They picked the “If our kids are shooting each other, maybe it’s because we never gave them a proper goal to shoot for.”
Thanks to Da Coldest- we’ve got 4 more nets up.
We’ve seen big business fail our city for too long, it’s great to see a small one step up.

update: 1 July, the young man who asked if I was the one putting up nets, I ran into him at the courts at Broadway and Superior on Saturday, the 29th- his name is Lee Gunn, and he’s serious about his basketball. The kids on the court were happy to have me come fix a few more nets- it seems we had some pole shakers there- but not anymore. 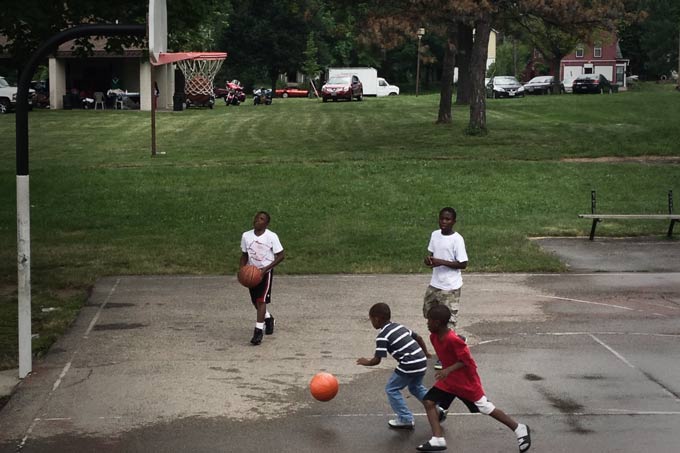 When the ball gets stuck- I call it a pole shaker net. Replaced this one on Jun 29 at Broadway and Superior