Why is Esrati a ninja? 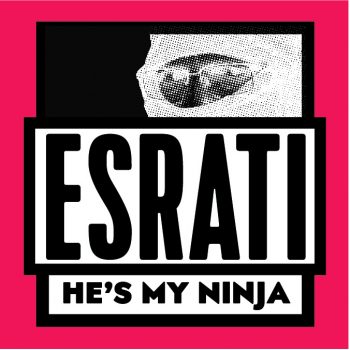 This has been online since around 1997, I had to update in 2004 to appease John Scaccia. I put it up on this site so you can understand the reference to “He’s my Ninja”

The Dayton City Commission was breaking the law when it was meeting in private to discuss ways to eliminate citizen participation at its meetings. I wasn’t the reason the commissioners wanted to eliminate speakers – it was what I said at the previous meeting and how I said it. I had a giant time card mocked up, and was filling it out the way our trash collectors did – some were getting paid for 54 hours of work, when they were only on the job less than 40. I had a problem with that then, and I still have a problem with it now. Giving tax-paying citizens “the privilege” of riding around on a garbage truck on their day off to pick up what the trash man missed is someone’s idea of a sick joke – but that’s what happens in my neighborhood.

So after they cut me off and sat me down, they knew I would be back – and they had to do something about it.

(the City Commission still has their emergency notification “work sessions” all these years later.)

Then, a “secret” noon Monday meeting was called by notifying the media at 5 p.m. on Friday. This is the procedure the commission is allowed to use for emergency meetings, not a “work session” to discuss general policy. Laura Bischoff, reporter for the Dayton Daily News, went to the meeting – picked up a handout, and when she started to write the story – faxed me the handout for comments. She is the real hero in this story, because if she hadn’t been there paying attention, they might have cut out your right to speak to the commission (not that it does any good ;-). I was quoted in that Tuesday’s paper saying, “This, says they are absolutely terrified of facing the people they work for,”

To carry that idea further, I called Chief Lowe of the Dayton Police Department that afternoon and told him of my plan to don the hood in protest. He told me to “do what I have to,” and that was it. Next morning, I sat in my normal seat, with my 5-foot-tall time card, and waited until after the pledge of allegiance and the invocation, and then slowly and deliberately pulled the hood over my head, and replaced my glasses.

Everyone in the room knew who I was, but may not have understood my action. The Mayor’s first reaction was laughter – then he asked Maureen Pero, the acting city manager, to have me removed. Major Stusek came to me and asked “David, would you step outside and talk to me, please,” which I did. I explained that I was protesting, that I was exercising my right to free speech and to petition my government, that I was peaceably protesting, and that this was a public meeting. (Mike Peters thoughts on this)

Major Stusek threatened to arrest me, but couldn’t tell me what the charges would be. I re-entered the chambers, without the hood on, sat back down, and again quietly donned the hood. This time four officers, including the Chief asked me to step outside. I followed their directions, but this time refused to remove the hood. The TV crews were now outside the chambers with us, and the Chief told me again that I couldn’t wear the hood. I gave my speech about the First Amendment, I asked how come he hadn’t arrested the commission for meeting in secret, and that if I was a Muslim woman in a veil he wouldn’t be arresting me- after all there is no law against head gear in chambers, Dean Lovelace and Raleigh Trammell wear funky hats all the time.

To bring things to a close, I took one step into chambers and was arrested. Officer Alan Howard was the picture of professionalism. I was booked, fingerprinted, mug shots were taken (you aren’t allowed to smile showing teeth!) and stuck in a cell. Four and a half-hours later, I was released on bond. It was 4 days before the charges came through. Two counts of criminal trespassing (in a public meeting in our city hall!) one count of “disrupting a public meeting” and one count of “conduct at a commission meeting.” Each was a fourth-degree misdemeanor, punishable by up to 30 days in jail and up to $250 fine. So, facing a maximum of $1,000 in fines and 120 days in jail I got a lawyer.

Dana Cole, formerly of Crew Buchanan and Lowe, was outstanding. He filed a 17-page motion to dismiss charges, and the city filed a 50-page “brief” on how the “terrorist ninja” had to be taught a lesson. Judge Dan Gehres sat through six hours of testimony over two days. The highlight was when Mayor Turner was explaining how he “feared for his life” and then Dana rolled the video of Turner laughing. Near the end of the second day of hearings, Gehres called Cole and John Scaccia (the city’s “chief prosecutor” – if interested you can read all about Scaccia’s suit against the city for the loss of his job, his lawsuit against the Dayton Daily News for defamation (related to articles concerning dealings between the Scaccias and an elderly neighbor, which involved allegedly improper transfers of approximately $500,000 of the man’s assets by the Scaccias to themselves over a period of several years) or his divorce, including multiple restraining orders) into chambers.

Gehres told Scaccia his prime concern would be the civil suit that I was sure to file, and told Scaccia he should offer to drop charges in exchange for my promise not to sue the city and that he would enforce the agreement. Cole was given 10 minutes to convince me. I didn’t want to be fighting in court for years, and agreed – then Scaccia called his boss, former Law Director Tony Sawyer and talked for 45 minutes. Scaccia came back and said he wanted to prosecute, Gehres blew up telling Scaccia he was a moron (or something to that effect) and we went back into court.
Scaccia was terrible to begin with, and just got worse as the day went on. Gehres was rolling his eyes, and feigning (I hope) sleep, as Scaccia dragged on – often turning to face the nearly empty courtroom to pontificate.My favorite was when he asked the recorder for a stapler in the middle of his presentation.

Nine months later, a scant two weeks before time ran out on the time to file the civil suit, Gehres issued his opinion. It was 15 pages of Cole’s brief word for word, and the last 2 pages changed a little. The charges were all dismissed, and I had won. To re-coup the legal expenses I filed in Federal court, as Gehres had predicted.

The city appealed the Gehres decision. To make a long story short – the city lost in Federal Court, lost in the Appeals Court, and was refused a hearing by the State Supreme. Court. The city was relentless in filing 50-page motions, trying to stretch the process out, and to cost me a fortune. Your tax dollars hard at work.

They almost bankrupted me.

Finally, they made an offer of judgment of $85,000. This is too complicated for me to explain, but it was required by the Federal Appeals Court. We told them that if they made it $100,000 we would settle. The city wanted a clause signed that I wouldn’t discuss the settlement; I said sure, knowing full well they would have to vote on it in public, and it would be public record. Are they going to take me to court for talking about public records?

It was finally over, two and a half years after it all began.

The check was for $100,000, I had four different lawyers to pay – needless to say, they did quite well. Me, I got back to the point I was when it all started.
I was willing to settle for free in the beginning, at the end I settled for peace of mind. The only people who made out on it were the lawyers. I got screwed out of almost three years of my life, the taxpayers got screwed out of at least $350,000 by the time you add up the settlement, the in-house legal fees (all those 50-page briefs weren’t written for free) and the outside counsel the city hired to handle the civil suit.

Would I do it again? Probably not. The people I was trying to protect got screwed once again. Was it the right thing to do? Something had to be done – and the secret meetings did stop, and citizens can still speak at meetings. Would anything like this ever happen if I was on the Commission – hell no. I believe that the Commission works for you – and it is our job to listen closely to our bosses, and to let them know what we are doing to take care of their city.

I will try to add clippings, the original fax from the reporter, and some of the legal decisions to the site over time.

Thanks for taking the time to read my side. The media didn’t even try to get it right. It was much more fun for the media if I was a crazed terrorist instead of a Mahatma Gandhi type.
May our Constitution never be disgraced again like it was during this case.