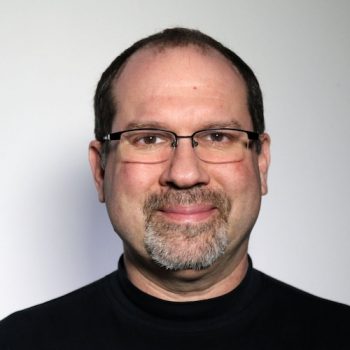 A Wright State University graduate, he has a BSB in Marketing.

He has lived in the South Park Historic district since Jan 28, 1986 (the day the Space Shuttle Challenger exploded) in a 2 story frame home that he bought for $14,500 while a sophomore in college. His first introduction to politics was when the city cited him for putting up the wrong kind of garage door and took him to court. The lack of support from elected officials inspired him to run for Mayor against Clay Dixon in 1993. That was the year another political neophyte, Mike Turner also ran for mayor. Often getting confused for each other on the campaign trail, Esrati was the one who financed his own campaign with $1000 and eschewed donations.

He came in a respectable 4th in the 6 way primary, and then jumped in to run for the commission seat vacated by Mark Henry in the fall. He split out the vote between two well know wives of politicians and helped Dean Lovelace finally reach the commission on his fourth run.

He has run for Commission, or attempted to run (running into well documented issues with the Montgomery County Board of (S)Elections and petitions many times.

He has run for the Democratic nomination to Congress 3 times.

He runs an influential and well read political blog www.esrati.com that he has been publishing since 2005.

He runs a well respected and award winning ad agency: The Next Wave.

He teaches a seminar, Webistetology monthly that introduces businesses to using open source tools to manage their websites themselves.

He sells printing via The Next Wave Printing.

He has also been a speaker at many professional conferences on using the web efficiently.

He lives across the street from his office and his dog goes to work with him everyday.

In his limited spare time, he likes to play ice hockey, work out, read, and blog. He prefers scooters and motorcycles and bicycles as modes of transportation.