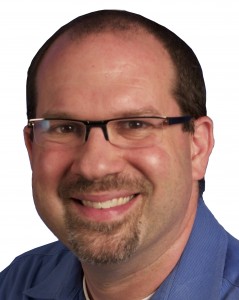 Why you should vote for David Esrati.

Fundamentally, I’m a democrat. I believe that we’re judged not by how the most successful people are doing, but how well we take care of those who cannot. This means I believe in government (which is supposed to be all of us- collectively, not just the politicians) serving as a safety net.

However, instead of just being there when you fall, I believe that proactive actions by government can help keep people from failing. A great education system produces better, more capable citizens. Universal health care stops people from having to declare bankruptcy when they get sick. Simpler tax processes and code means less people to fine for screwing up (and boy can I tell you stories as a small business man).

I believe the most important thing I can do once elected is to keep open lines of communication to the people I represent. I plan on making sure my voice is your voice. I’ll use my blog, twitter and plenty of public meetings to stay connected from DC. Here are what I think are the most important issues that I will work on for you.

Note, I am not going to mislead you by talking about the “hot button” issues– because most of what is done in Congress has little effect on them. Guns, God and Choice will all ultimately be decided in the Supreme Court or on a ballot, not in Congress.

The TOP issue is to stop holding auctions instead of elections. It shouldn’t cost millions to run for Congress or take a year. Half of every term we’ve elected these jerks, they are campaigning instead of working. I promise to not engage in campaigning for more than 6 weeks before an election and 2 weeks before a primary.

I believe we need to do the following to change the electoral process.

How to make the United States a world-class power- and not a debtor nation anymore:

Recently the stats came out that 90% of the murders in Dayton are of African Americans. We have infinitely more people in prison for petty crime than for the Wall Street destabilization of the global economy. It’s time to reevaluate what crimes warrant imprisonment. No one wiped out 20% of the value of your home by selling dope that you couldn’t actively go out and kick their butts- however, the wizards of Wall Street did it from their boardrooms. It’s time for accountability.

Drugs are bad. The War on Drugs is worse. If there is one program that’s been more unequally applied by our government it’s this one. It’s time to decriminalize marijuana and tax it. It’s time to make sure the addicts get treatment as soon as possible, instead of just warehousing them in prisons. It costs infinitely more to incarcerate a man that it does to better feed and educate a child. Only if we start taking a logical approach to this problem will we solve it.

Incarceration isn’t supposed to be a permanent scarlet letter. It’s supposed to include rehabilitation, or so we’re lied to. We’re creating a permanent underclass of citizens with records that prevent them from being productive contributors to society. It’s time to take a hard look at why as the “land of the free” we’ve put more people behind bars than any dictatorship. It’s costing us all and it has to stop.

There are very few issues that I should have effect on locally. We’ve all heard the posturing by previous congressmen that “they work for Wright Patterson Air Force Base” That’s not their job- they work for you.

The people on WPAFB- guess what, they work for you too.

It’s my job to make sure that your dollars are spent as smartly as possible, not as pork for our district. Because pork here, means pork everywhere. You can’t have it both ways.

I do believe that it’s time to streamline government. I believe it’s time for national support for restructuring local governments. Just simplifying tax collection is one part- the same gateway can be used for collecting fees and municipal billing. No more water or trash billing systems to be maintained locally- we could have one central system. We need to help cut down the numbers of local jurisdictions and bolster resource sharing. It’s time to use federal money to create larger more efficient local government. 88 counties is more than enough political subdivisions in a State- continuing to use divisions that were practical when the Northwest Ordinance was enacted is irresponsible.