Get the Truth Out
Donate 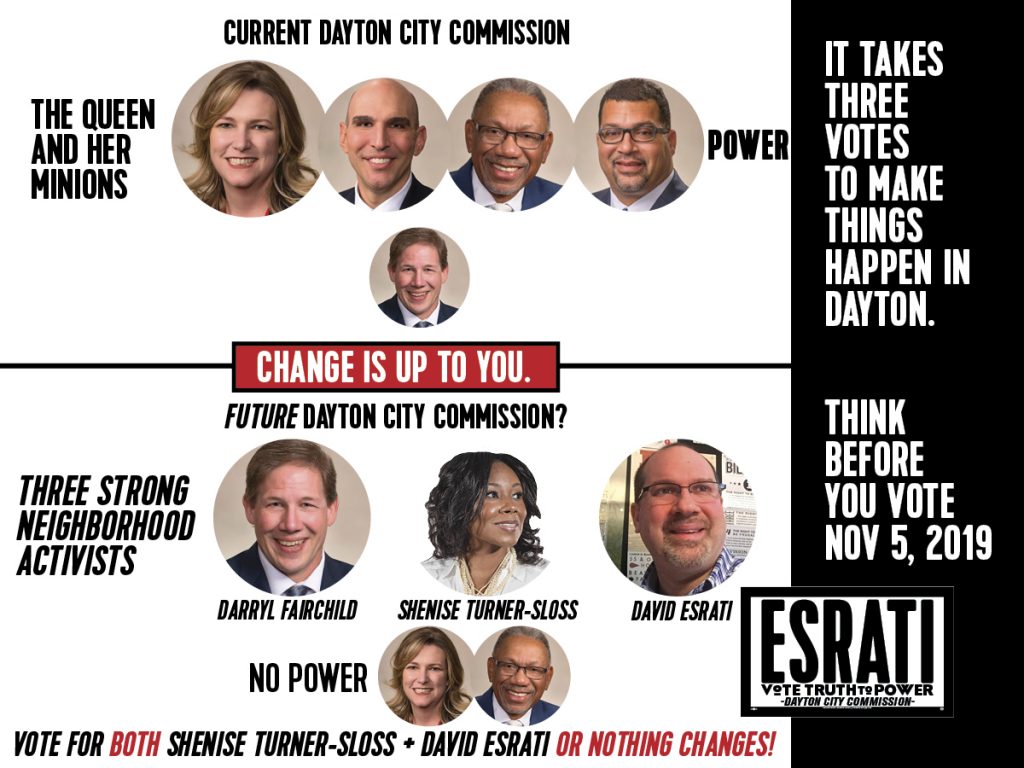 Matt Joseph. First elected in 2004. This will be his fifth term. Brother of Russ Joseph, who is now the appointed County Treasurer.

Chris Shaw. First elected 2016. This would be his second term. Owns Shaw Cleaners on Germantown.

David Esrati. You’re on my campaign site now. I also have the blog esrati.com that is the best read political blog in Dayton. Veteran, Businessman, Community Activist.

Dayton wastes taxpayer money culling the field to 2 per seat with a primary election for Commission, The primary was Tuesday May 7, 2019. Each voter will have 2 votes, and the top four vote getters advance to the general election on Tuesday November 5th 2019 – with the winners taking office in January 2020.